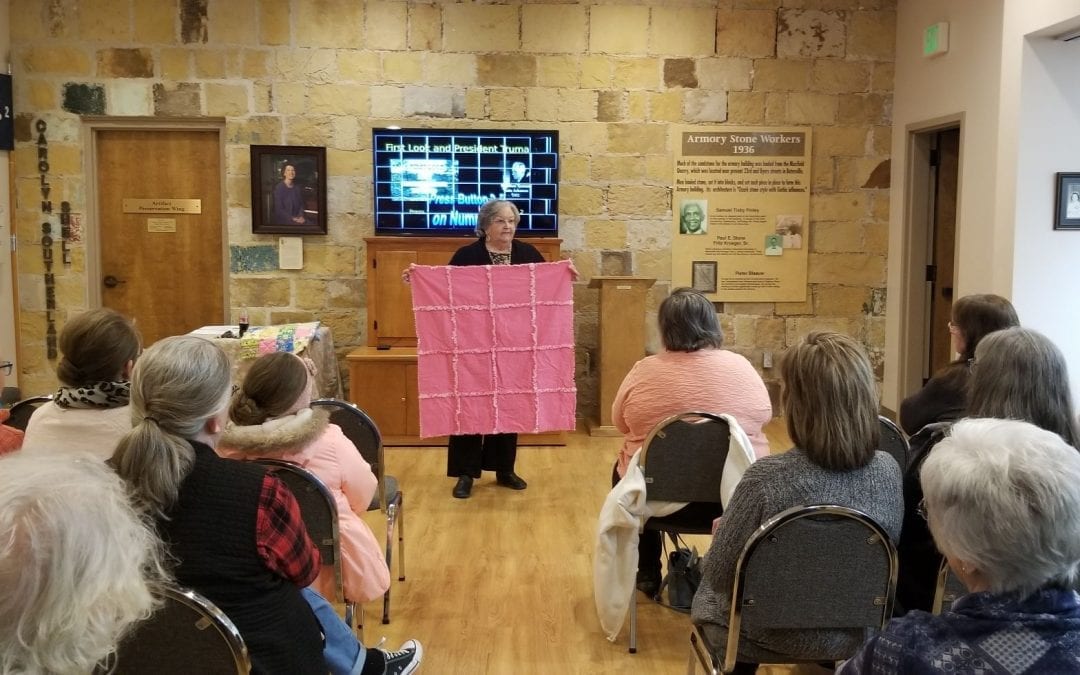 Old Independence Regional Museum is hosting a new group for anyone interested in quilting, sewing or crafting together.  Novices and skilled practitioners are all welcome! The group will convene on Thursday, March 5 at 10:00 a.m. at the museum.

For the first project, the group will make lap-sized rag quilts.  Rag quilts are fairly simple to make using only basic sewing skills, but the finished products can be both useful and beautiful.  Mrs. Ruth Kent Cook will lead participants in creating their own quilts to take home.

Participants are asked to bring two or three yards of flannel or cotton material, coordinating thread, scissors and/or rotary cutter, a cutting board, and sewing machine if possible.  For those who do not have these supplies, a limited amount of sewing equipment will be available for group use.  Cost of the meeting is $5 per person.

The group will meet regularly on the first Thursday of each month from 10:00 a.m. until 12:00 p.m. with a fee of $5 per person.  People of all ages and skill levels are invited to participate.  Anyone who has a special crafting skill to share is also welcome! Future projects will be determined by the group and its leaders.

The quilting group is open to the public.  For more information, contact Terri Crawford, Humanities Educator, at (870) 793-2121 or oirm.educator@gmail.com. The museum is located at 380 S. Ninth Street in Batesville and is open Tuesday through Saturday from 9 a.m. until 5 p.m. Admission fees are $5 for adults, $3 for seniors, students, and military, $2 for children (6-12), and free for children 5 and under.