Main Streets across Arkansas continue to serve as community cores 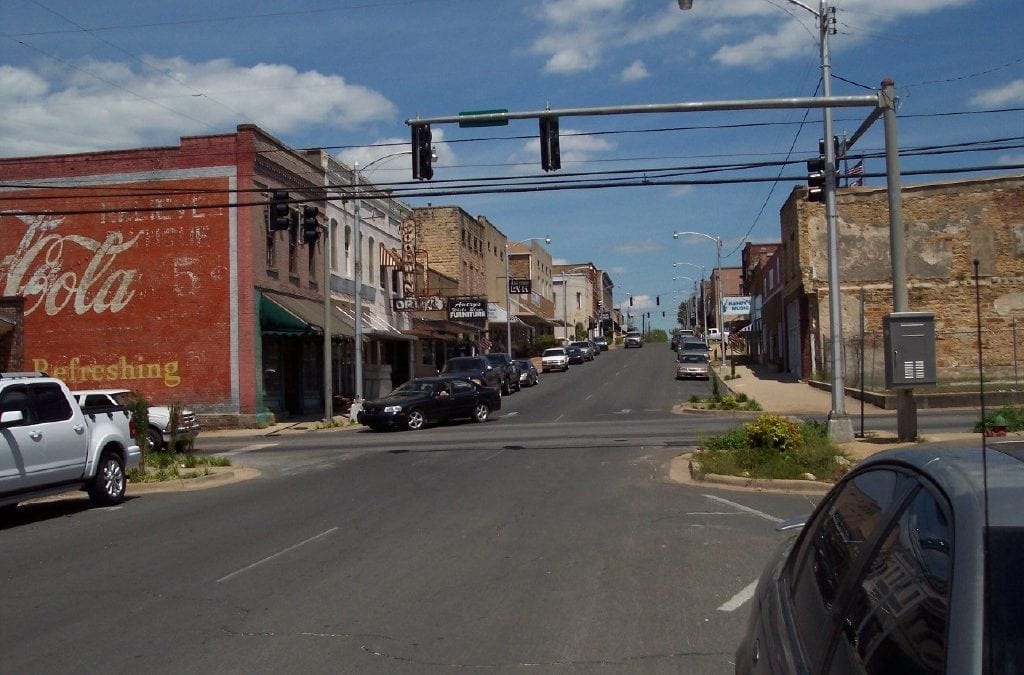 Main Streets across Arkansas continue to serve as community cores

Main streets represent the heart and core of communities. Every community and commercial district has its own distinct sense of place and heritage that it shares. “Our small businesses positively impact our communities in so many ways,” said Greg Phillips, Director of Main Street Arkansas. “They are the unique businesses that differentiate our communities from each other.”

Main Street communities throughout Arkansas are open to visitors and have been adapting to the current times of COVID-19 with a top priority of keeping customers and employees safe.

Stacy Hurst, secretary of the Arkansas Department of Parks, Heritage and Tourism, recently announced an increase in annual Downtown Revitalization Grants for local communities that take part in the Main Street Arkansas network. “The increase in funding is specifically for COVID-19 relief for small businesses in our Main Street districts,” said Phillips. “We are hopeful this supplementary assistance, coupled with other forms of assistance, will enable our small businesses to remain open and continue their role as a vital part of their communities they have always been.”

Phillips said in early spring, several Main Street programs stepped up to the task at hand and implemented innovative initiatives to help their small businesses in the midst of a continually shifting informational and economic environment.

Phillips said communities approached the unprecedented times in various ways. Main Street Russellville supported their downtown restaurants by buying meals for local first responders. “This was a way to provide revenue for these restaurants when they could not provide dine in service and served to say thank you to the front-line workers in Russellville,” said Phillips. “Fort Smith’s 64.6 Downtown created a single-source location on their website for COVID information, funding opportunities, and business strategies to reduce information overload and help businesses navigate resources. Main Street El Dorado connected businesses with skilled volunteers to help create or strengthen their online platforms. The Downtown Jonesboro Alliance and Main Street Batesville, among others, devised utility and rent assistance programs. SoMa501 and the Downtown Little Rock Partnership partnered to install an outdoor dining room in SoMa to expand seating options and increase sales for businesses in proximity as they restructured for social-distancing regulations. These are just a few examples of what our programs have been doing.”

“For more than 35 years, Main Street has built a history of problem solving through innovative and entrepreneurial thinking while utilizing the very assets that make downtowns unique,” said Phillips. “Through this pandemic and economic crisis, it has become even more evident that our relationships are spatial. Our hope for Main Street programs in Arkansas is that they continue to be the epicenter of community participation, belonging, and health; that they continue to have a crucial role in supporting small businesses; and that they are looked to as the leaders for increasing quality of life and restoring the vitality of their communities.”