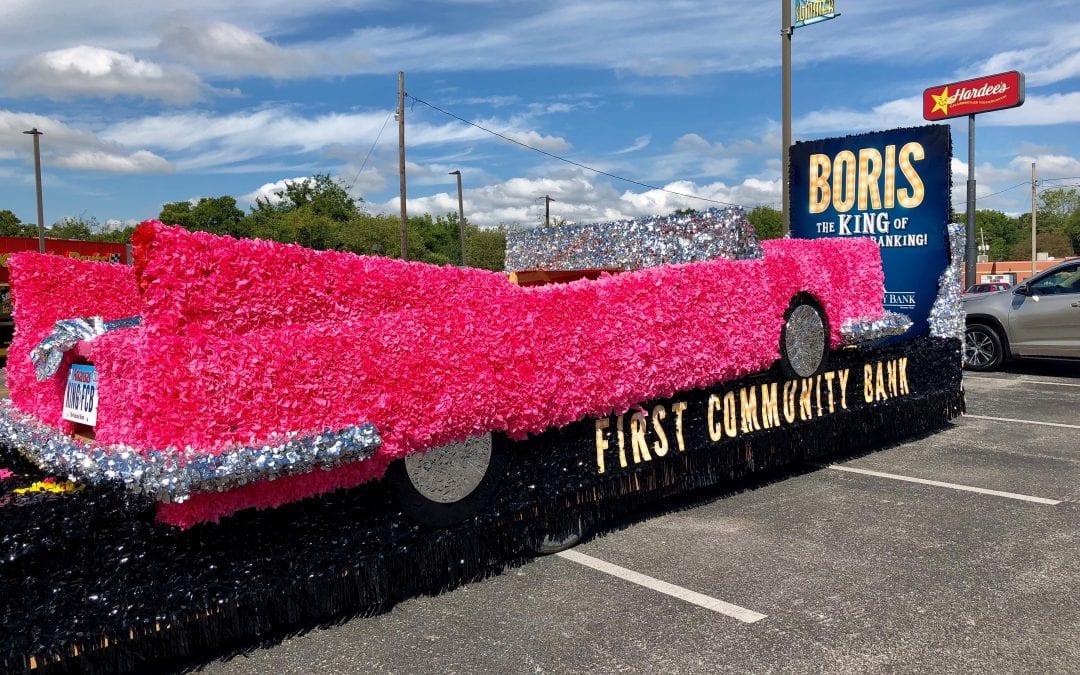 The Batesville Area Chamber of Commerce has announced First Community Bank as the winner of the Best Float award from the 75th White River Water Carnival parade.

The parade was scheduled to take place at Riverside Park in Batesville on Sept. 8, however, rain led to a cancellation.

“Rain clouds began moving in over the park right before parade participants began lining up. The forecast showed a rainstorm was set to hit shortly before the parade was scheduled to begin so we decided to cancel the event for the best interest of everyone involved. However, we did not want the work of those that created floats to go unnoticed, so we made arrangements for judging to still take place” said BACC Tourism Director Kyle Christopher.