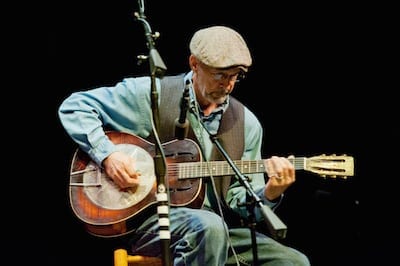 Country blues and thumbpicking guitar fans won’t want to miss this annual event. The Merle Travis Thumbpicking Weekend offers an all-day master class, thumbpicking contest, panel discussion, and a chance to get up-close and personal with some of the world’s finest players. Hone your skills during the day and be a part of a live music audience in the park’s 1,000-seat Ozark Highlands Theater on Thursday, Friday, and Saturday.  Annual tribute features performances from Doyle Dykes, Danny Dozier, Thom Bresh and Randy Buckner.

Daytime Musicians on the Blacksmith Stage: Down Yonder

Daytime Musicians on the Blacksmith Stage: The Waltzing Matildas

For more information about the Ozark Folk Center visit their website.