July is the month the nation celebrates its freedom and independence, and it will also be the month that the residents at John 3:16 Ministries will celebrate their freedom from drug and alcohol addiction. 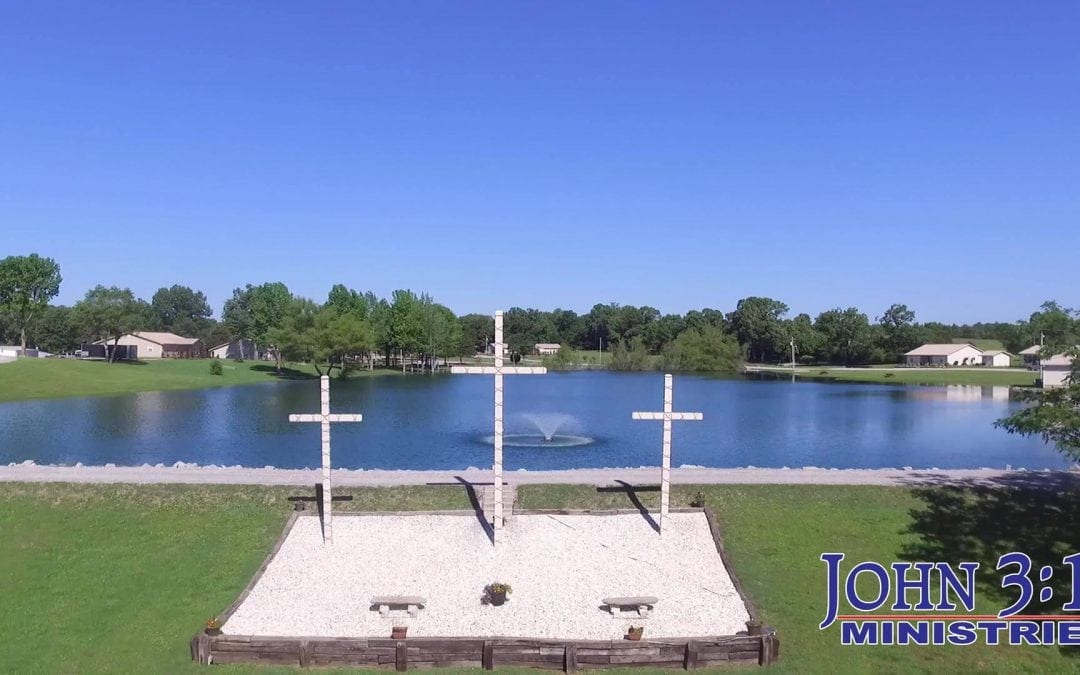 CHARLOTTE –July is the month the nation celebrates its freedom and independence, and it will also be the month that the residents at John 3:16 Ministries will celebrate their freedom from drug and alcohol addiction.

John 3:16 will host a fundraiser dinner and concert featuring Matthew West on Saturday, July 23, at the ministry, located at 75 Holmes Road in Charlotte. Gates open at 5 p.m. Tickets are $10 general admission.

Besides a fish fry dinner, every ticket comes with an entry into the grand prize drawing of a Spartan Mower SRT-HDD zero-turn riding mower (one must be present to win, however).

The event will also include an auction featuring a number of items made from the residents at John 3:16, including wood and metal signs and lighted crosses, canvas prints, wooden cutting boards and, as Instructor A.J. Austin indicated, “There may be a few bigger specialty items like a hope chest.”

For 20 years, John 3:16 has been helping men conquer their drug and alcohol addictions at no cost to them. From day 1 when someone asks how much it will cost for their loved one to attend, the camp’s founder, Bryan Tuggle, has always explained, “Jesus Christ already paid the price.” The ministry is primarily funded by donations and fundraisers.

A.J. said selling items handmade by the men in the camp is one step in the healing process.

“That’s part of what John 3:16 does, getting guys that’ve been in drug addiction and teaches them Jesus to get that freedom in Him but also teaches them how to put our hands on something and do something with our lives,” he said.

A.J., who graduated in June 2021, knows firsthand the feeling of seeing people bid on items that will support the ministry, which is now home to 220 men.

“It’s a big confidence booster; it’s like God is showing you that you are doing what you are supposed to be doing. At the end of my addiction, everything I touched went wrong, whether I wanted it to or not. Even with the best intentions, it still went wrong. So then to see something that I’ve put my hands on actually be worth something to someone means a lot.”

Instructor Brent Waugh also said the items have a deeper meaning. “Everything we do represents every man that came before us and every man that will come after us, like Jesus – what He did for one He did for all of us.”

John 3:16 Instructor Luke Powell noted that the ministry has brought some big names in Christian music to the Charlotte area, such as Zach Williams, King & Country and now Matthew West.

“It’s been great to meet the musicians, to interact with them and interview them,” said Powell, a Mississippi native who came to the program in January of 2021 and stayed on after graduation to become an instructor at the camp. “All of them have had a great experience at the ministry. Anytime I’ve spoken with them, they’ve always had nothing but good things to say and say it’s one of the best places they’ve ever played, with how Spirit-moved the audience is and how impacted they are by what goes on here at the ministry.”

West also received a Primetime Emmy Award nomination for Original Music & Lyrics for the title track for the feature film “The Heart of Christmas.” His singles include “Truth Be Told,” “The God Who Stays,” “Hello, My Name Is” and “Before You Ask Her.”

In addition to his own recording career, he has co-hosted the K-LOVE Fan Awards five times and has more than 130 songwriting credits to his name, including cuts by Rascal Flatts, Scotty McCreery, Michael W. Smith, Amy Grant, Mandisa, Danny Gokey and others, along with back-to-back No. 1 songs by Casting Crowns including their recent single, “Nobody,” in which West is featured.

Adding author to his list of accolades, West has written five books to date, and he is also passionate about providing hope and healing through the power of prayer and story. Along with his father, Pastor Joe West, they founded popwe, a non-profit ministry helping others to craft, share, and live a more meaningful life.