From weddings to business meetings and everything from birthday parties and proms, Spring Mill has awakened from what began as the only known operable grist mill in the state to a premier spot for an array of activities and events. 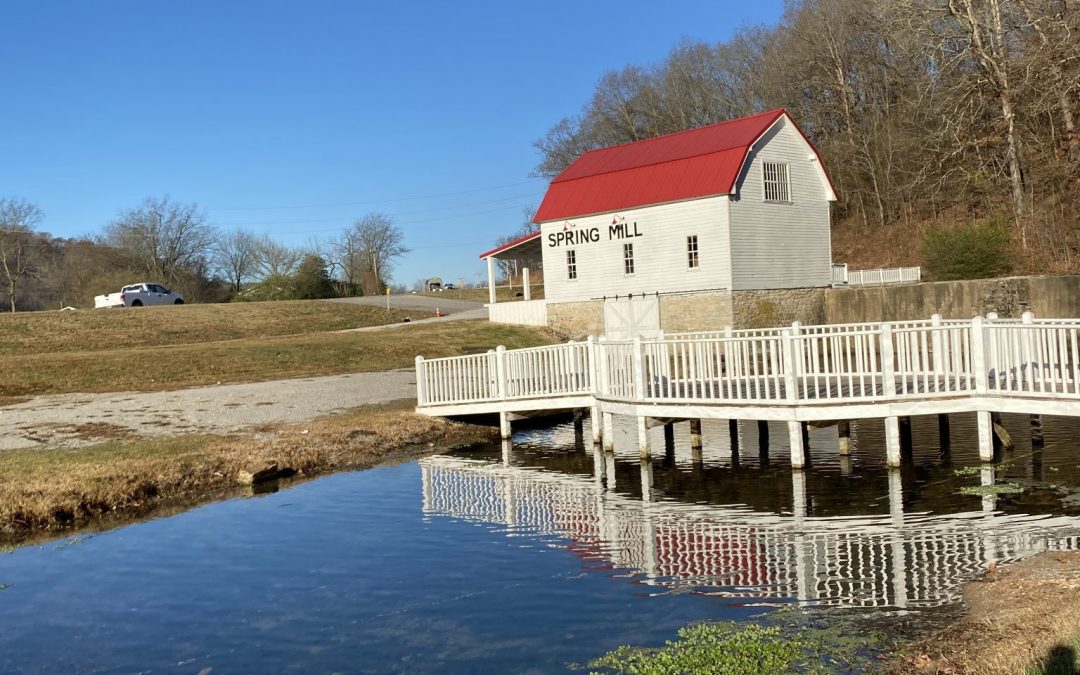 From weddings to business meetings and everything from birthday parties and proms, Spring Mill has awakened from what began as the only known operable grist mill in the state to a premier spot for an array of activities and events.

Originally built in 1867 by Col. J.A. Schnabel for then owner A.N. Simmons, the mill was powered by it’s crystal clear blue-green water unitl 1917 when J.A. Lytle took over the estate. 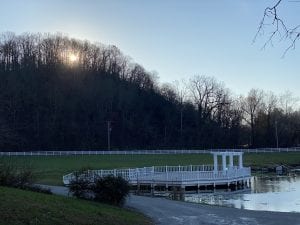 From then, the mill became a landmark stopping spot for the rural area surrounded by luscious green pastures and a few houses scattered here and there.

The mill is located near the town of Cushman about six miles northwest of Batesville, and on any given day those crystal clear blue-green waters can be seen from the road making it almost impossible not to stop to see it for yourself.

The building overlooking the spring was a simple white structure that at one time was a general store, meeting place and sadly over time vacant as the Lytles were not able to keep the place up, the once vibrant landmark lost some of it’s beauty, but never its intrigue.

The land was then purchased by local businessman Michael Gillihan, and to say that the mill and its surroundings were awakened is an understatement.

Gillihan has had a vision for the area since he was a young boy, as he would drive past it on his way to visit his grandparents in Melbourne. Gillihan said that he has always been drawn to the spot, and now he has found a way to incorporate it into his life and is able to share it with others as well.

Gillihan remembers when the Lytle’s had the land and would stop and look at all the trout in the spring, and vivdly remembers an old coke machine with the “coldest cokes”around. 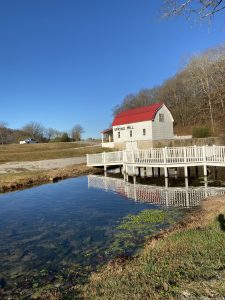 Looking at what Gillihan has accomplished with this piece of land is nothing short of amazing, and he did most of it with a five man construction crew and no blueprints, just a vision of what he wanted.

Not only has Gillihan revitalized the white building with hopes of turning into a general store, but he has completely overhauled and remodeled the main house as well.

The main house is open and ready for any event imagineable, and booking is taking place on a daily basis accomodating 180 to 200 people for an event.

It’s perfect for a bridal shower or grooms weekend or more with eight bedrooms and nine beds making it easy for 18 people to stay overnight!

All of what you see at the mill is from Gillihan’s mind and that hasn’t gone unnoticed by others as he was awarded the Excellence in Personal Projects Award in 2019 from the Preserve Arkansas Foundation.

Gillihan’s dreams of eventually opening the main house for weddings and other events has officially come true, and he gives all of the credit to God.

He’s not finished either as he has plans in store for other areas around the mill as well, and stated that he hopes the mill will be around for “another 153 years!”.

One of the great things about Spring Mill is that it is open to the public, and is a great place for a picnic, photo opportunity or just to take in the beauty of the area. It’s hard not to stop at such a wonderful place that has such a great story to tell.

Karin Huffman is an Independence County native who graduated from Cushman High School in 1996. Traveling throughout the state is one of her passions, along with writing about her adventures.

Taking over as travel writer for the Ozark Gateway Region is a dream come true for Huffman who lives in the region with her husband Nathan, two daughters, Grace and Stella and son Kaden.

As a family, they enjoy canoeing the Poke Bayou, Salado Creek and the many waterways along the White River in Independence County. Camping and hiking throughout the region is a must for them in the spring and fall as well.

Huffman is an avid nature photographer who will do just about anything to find the perfect waterfall shot, and has visited many in the great state. From Twin Falls and the Richland Creek area in Northwest Arkansas to little known places off the beaten path, waterfalls will be found.

Huffman has been a travel writer for the Eye on Independence Magazine as well as a staff writer for the Batesville Guard, and is looking forward to devoting her time to traveling throughout the eight county region that the Ozark Gateway offers.