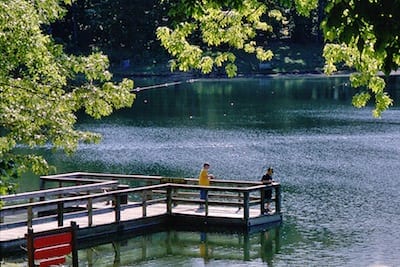 Join park staff at Davidsonville and get creative with the art supplies that nature provides. We’ll use twigs, leaves, twine, grasses, and more to create unique holiday trinkets to showcase whatever you might like. Crafts require use of glue and paints, so dress appropriately and get ready to make a little mess. Space for each session is limited and early registration is recommended. This program is perfect for families, kids of all ages, and those who are still kids at heart.

Celebrate the beginning of the new year with a hike on the adventurous side at Davidsonville Historic State Park. Discover the quiet beauty of Northeast Arkansas in wintertime as we explore 100+ acres of undeveloped woods and wetlands and learn about the impacts we have on the land. After the hike is over, join us at the visitor center for hot chocolate and hot cider around the fire place. Pets welcome on a leash. #FirstDayHikes #ArStateParks