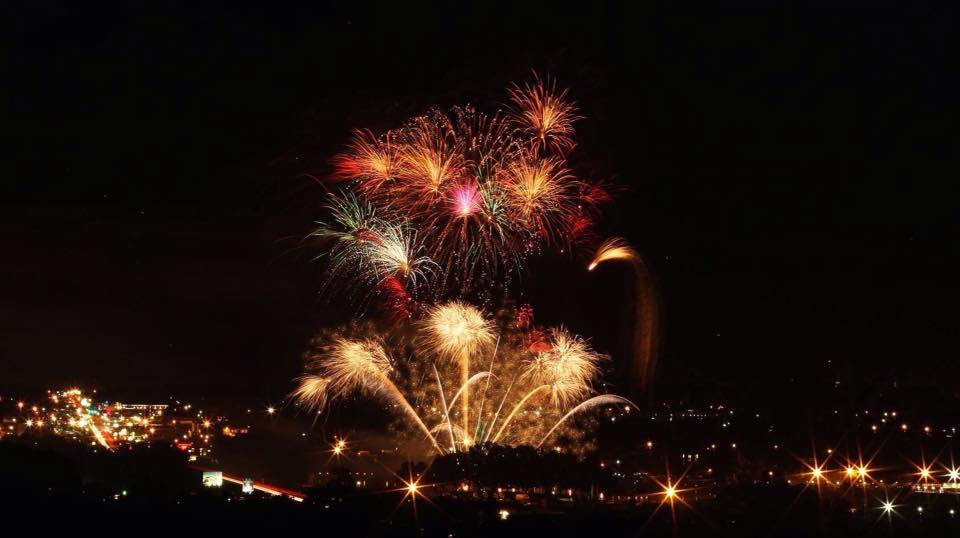 BATESVILLE, Ark. (May 9, 2022) — Celebrate America, the annual Fourth of July celebration of our nation’s founding, will mark its 25th anniversary this summer. Citizens Bank will host the event with new presenting sponsor Sonic Drive-In on Monday, July 4, at Riverside Park in Batesville.

“Citizens Bank is especially excited to host the 25th anniversary of one of the state’s largest Independence Day celebrations and our largest show ever,” said Micah Beard, Citizens Bank regional president. “It’s always a special time for families and friends to gather in our community for a day of fun, and we’re really thankful to have Sonic on board as our presenting sponsor.”

A full day of food, fun, giveaways and live music is scheduled along the banks of the White River in the park. Enjoy festive activities throughout the day and relax with live music featuring Cory Jackson all evening long. As the night concludes, watch one of the largest ﬁreworks shows in the state, beginning at 9:15 p.m.

“We are thrilled to be a presenting sponsor of Celebrate America this year,” said Ricky Davis, owner of Sonic Drive-In of Batesville. “Bringing the community together is important to our company and we are grateful for the opportunity to be able to serve in this role.”

For more information about Citizens Bank and its community focus, visit TheCitizensBank.net.

GRAPHICS to accompany this release are found here.

About Citizens Bank
Citizens Bank was founded in 1953 by a group of business and civic leaders. Citizens Bank, with assets exceeding $1.2 billion, is a ﬁnancial services organization that is committed to serving the needs of the communities it serves. Its progressive community banking model

focuses on the delivery of exceptional customer service while employing advanced technology and products which allow its customers to have one bank to serve all their needs. The bank takes pride in a heritage of independence that honors the vision of its founders and remains dedicated to the ﬁnancial progress of the people it serves. For more information about Citizens Bank and its talented team of leaders, visit TheCitizensBank.net.