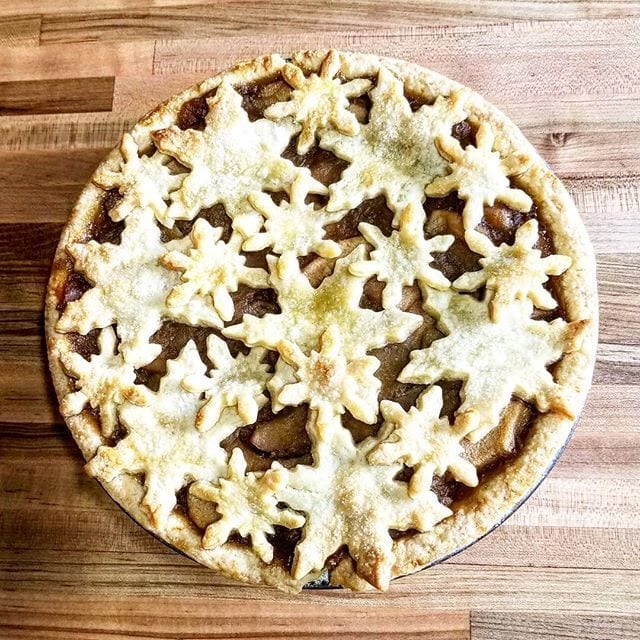 Pie is one of the most beloved Southern foods. It is connected to some of our most nostalgic memories of home, family, holidays and those special moments around the kitchen table. Simply put – who doesn’t love pie?

The Arkansas Pie Festival will savor this much-loved food by hosting a competition between professional pie makers from around the state.  Judges and attendees will be able to sample pies of all varieties before crowning a champion baker. Pies from amateur and student bakers will also be on display and auctioned off for charity.

The Arkansas Regional Innovation Hub in Little Rock will also be bringing its mobile makerspace, the STEAM Roller, to the festival.  Participants will be able to test different maker concepts utilizing a variety of state-of-the-art tools.  This hands-on educational experience for all ages includes technology currently available at the Hub—like laser cutters, 3D printers, CNC Routers, and more.

In addition to a competition between commercial bakeries and restaurants from around the state, the festival will include a student and non-commercial or home chef competition.  Bakers are asked to submit two pies of the same variety, one for judging and one for the auction.  Each entry includes two free festival tickets, as well.  For more information and to sign up online, visit the “Register” page at www.arkansaspiefestival.com.  Entries must be entered by Friday to compete.

Kat Robinson, Arkansas travel writing and leading authority on pie, serves as Festival Co-Chair. Kat has written the book on Arkansas Pie, A Delicious Slice of the Natural State, and recently released a second edition, Another Slice of Arkansas Pie.  In 2018, AETN premiered the documentary “Make Room For Pie: A Delicious Slice of the Natural State” telling Kat’s story of crisscrossing the state in search of Arkansas’s best pies.  Kat will be available to sign her guide and other Arkansas food-related books.  Rex Nelson, Senior Editor at the Arkansas Democrat-Gazette, and Steve Shuler, Senior Editor at Rock City Eats, will also serve as festival judges.

The festival will end with a silent pie auction and awards ceremony.  Festival proceeds will support STEAM (Science, Technology, Engineering, Art and Math) programming and education through the community’s Spring River Innovation Hub.

Ticket sales will be available on-line or at the gate.  Adults are $9.00, which includes the pie tasting.  Children 5-12 are $5.00. Visit www.arkansaspiefestival.com to learn more about the festival including how to become a contestant.