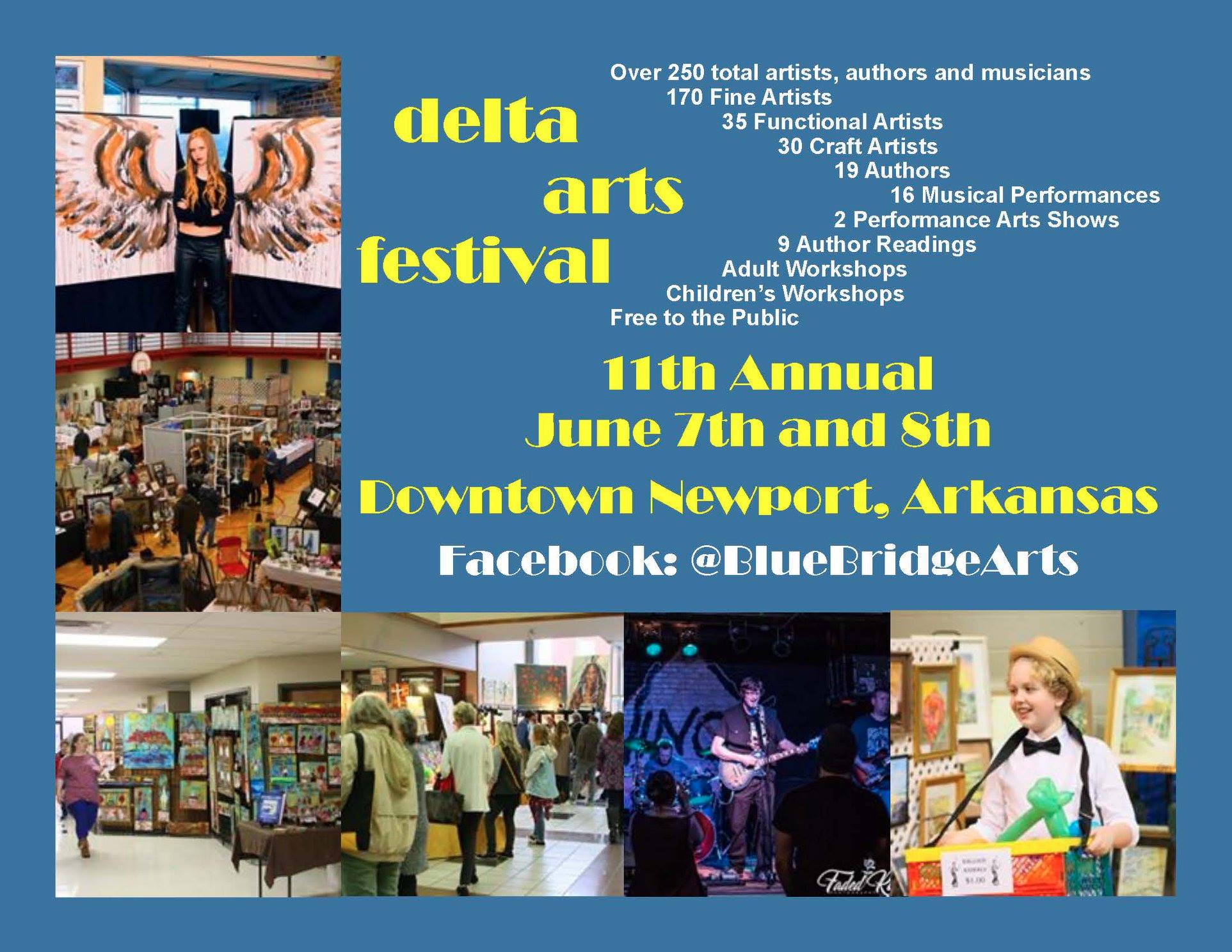 The Delta Arts Festival kicks off today at 1 p.m. in downtown Newport! Over 200 artists, live music, art workshops for kids and adults, literary readings, authors’ corner and much, much more in over a dozen venues. Enjoy trackless train rides (weather permitting) along the route.

NOTE: All artists have been moved indoors in case of rain

Maps will be provided at all venues to help you along the route!